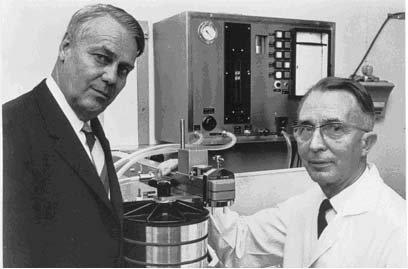 Our heritage goes back to professor Nils Alwall, nephrology chair at Lund University, and one of the founding fathers of dialysis who inspired the creation of Gambro Inc, one of the major dialysis equipment manufacturers for many decades.

Our origin dates back to the founding of Gambro Healthcare division and the opening of the first dialysis clinic in Sweden, Lund, in 1991.

From Sweden, Gambro healthcare clinics expanded to the rest of the world, and in 2007 operated 153 clinics in 11 countries, treating more than 12 000 renal patients.

In 2007, Gambro Healthcare was acquired by Bridgepoint with the vision to help healthcare systems across the world to provide universal access to world-class renal care and deliver life enhancing renal care to patients globally.

Together with the new vision, the name Diaverum was adopted and launched worldwide.

During the following years, Diaverum became synonymous with quality, clinical governance and culture of true care, while during the same period it has expanded substantially and today operates more than 400 clinics in 24 countries serving more than 40 000 patients globally.

Important milestones in our Brazilian history

Opening of the Healthcare market for foreign investment.

Diaverum continues to grow and acquires more clinics in Mogi das Cruzes and Suzano both in the state of São Paulo. Together with Diaverum Guarulhos, those three clinics became our first cluster in São Paulo. Later that year, Diaverum Brazil also acquired another clinic in Aracaju, Sergipe that also became our second cluster with two clinics and a huge acute operation serving the whole state of Sergipe. Diaverum was serving more than 1800 patients.

With the two cluster formed in São Paulo and Sergipe, the company expands, adding more three clinics: one in the city of São Paulo, located in Tatuapé; and two in the São Paulo metropolitan area – Santo André and Taboão da Serra. In the end of the year, Diaverum was serving more than 2900 patients.

Diaverum Brazil continues to grow and acquires one clinic in Mauá, metropolitan area of São Paulo.

Driven by the urgent adaptations to coping with COVID-19, and to increase the patient safety, Diaverum Brazil launched its own Telemedicine platform for outpatient consultations and became the first service in the country dedicated to nephrology care in the dialysis clinic.

Diaverum Brazil initiates the year serving more than 3200 patients in nine clinics. And launched the Pilot project of Diabetes Care.

About Diaverum Brazil
It is in Diaverum's DNA to use the most advanced technologies in patient care and dialysis treatment
Management
Meet our Leadership and Senior Management Team
News
Here you will find all the stories and news about our company.